In short, I had a blast at Wanderlust Tremblant. It was a beautiful yoga and music festival organized in harmony with laissez-faire spirit of Montreal and polish of professional event planning.

This year’s Wanderlust Tremblant, Aug. 23-25, was a first year trial run. Just a short two and a half day event (instead of the usual four days) to see if Quebec culture would embrace Wanderlust Festival Inc., the New York City based company that puts on festivals around North America. Turns out, the response from Quebec was overwhelming. The festival was completely sold out. Organizers were thrilled and so were we, the presenters. 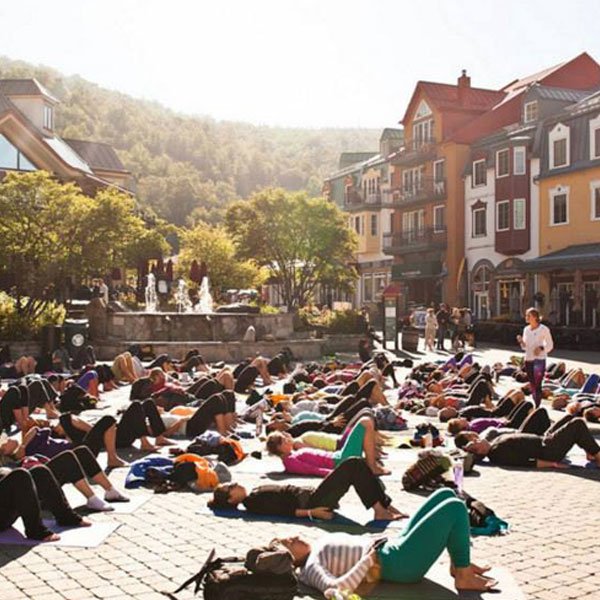 It’s not that I didn’t think having a festival like this near Montreal wouldn’t be incredible. It’s just that, one, I didn’t think Quebec would ever be host to a big West-Coast style yoga fest, and two, if we were, I wondered how Quebecers would react. Quebec has a reputation for being resistant to mainstream things and late adopters of new-wave health. We like to do things our own complicated, Quebecky way. We feel and behave like outsiders in Canada and are often left off the radar.

However, things are clearly changing and starting to happen here. A new invigorating energy is sweeping through my old, sometimes crusty, yet loveable province of Quebec. The Yoga Community Montreal Festival doubled in size this year. The Lolë White Yoga event at the Olympic Stadium in July had 5000 participants. Wanderlust Festival rolled through town and sold out. And, Montreal is now home to CityTV. The skies are opening up above Montreal and possibilities are growing.

The Wanderlust Festival Tremblant, to me, was a big step forward for the Montreal yoga community and it is largely due to the efforts of Laurentian yoga teacher Janick Leonard and her husband Patrick, who rallied to get the festival in Quebec. It brought together the Francophone and Anglophone teachers and students. It was playful and down-to-earth. The atmosphere was fresh and inspiring. The Tremblant merchants (many of them independent businesses) were over-joyed to have us yogis roaming the Village, popping into shops for this and that and lining up at the juice bar and restos. 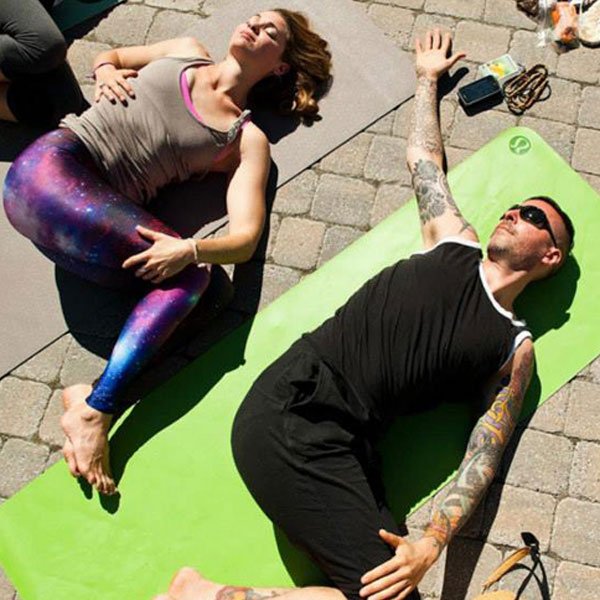 The classes were full of smiling faces. I led two bilingual practices. Saturday 8 am was inspired by my Yoga Basics video Centred & Sensual Yoga or Yoga Centré et Sensuel en français and was held outside at the base of Mont Tremblant with over 100 yogis in attendance. Afterward my yoga buddy David Good and I partook in Elena Brower’s core based class, which was great. We then fuelled up with a smoothie at Fluide before David’s Flow & Shine class, where I was one of his assistants.

Saturday evening Lululemon hosted a faculty dinner and offered us a chance to meet and mingle with the other instructors and musicians from around Eastern Canada, US and BC. The evening continued with music by Bears of Legend and Bobby Bazini on the main stage, which I unfortunately missed. I caught the end of Arcade Fire’s Sara Neufield’s fierce concert in the Chapel. Also a yoga teacher and Moksha studio owner, Neufield is brilliant. 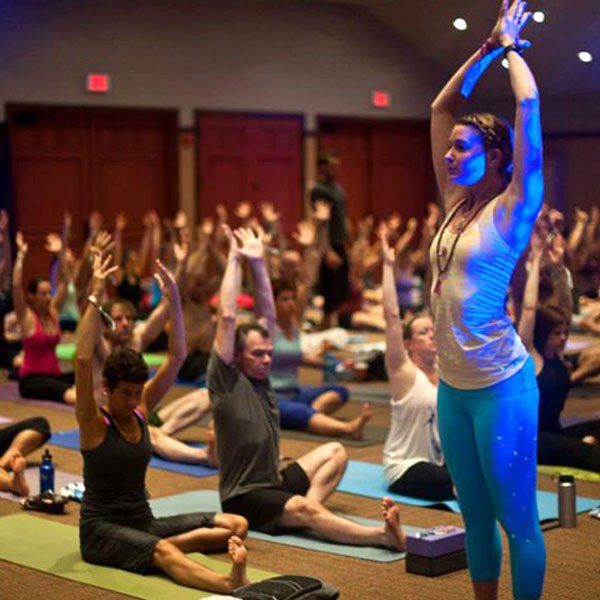 Sunday morning, I taught a sold out Sustainable Yoga for Longterm Happiness class with live music by Peter Jack Rainbird. I have never experienced a room more powerful and connected. The students were so into their practice and so present. It was an honour to be part of it. Peter Jack and I worked well together. His gentle electric guitar music offered a beautiful soundscape for the practice.

The rest of Sunday was spent walking around chatting with friends and riding up the gondola to the peak of Tremblant to check out the view and throw down a few yoga poses. Ali Kaukas, the official Wanderlust photographer, was with us. She snapped this picture of Andrew Bathory, David Good and I in a partner pose. I think this sums up the Festival perfectly: gratitude, expansion, balance, nature and friendship.

*All photos taken by Ali Kaukas

Yoga Festivals : Getting Cozy in a Crowded Class