The winter solstice is a special time of the year. Although it may be darkness and shortest day, Dec. 21 marks the first day of winter and a return to the light as days start to get longer.

In June, I organized an outdoor community yoga event in honour of the summer solstice at Bota Bota Spa sur l’eau in Old Montreal. It was a huge success so it seemed fitting to plan something for the winter solstice as well. I teamed up with Barrie Risman, co-owner of Shri Yoga in Westmount to host Into the Light / Vers la lumière, community yoga classes on Dec. 21 in support of Dans la rue, an organization that assists homeless youth. Barrie and I hoped this event would not only raise consciousness amongst the attendees, but would also bring light to people experiencing some darkness in their lives.

Here’s what was collected for Dans la Rue: 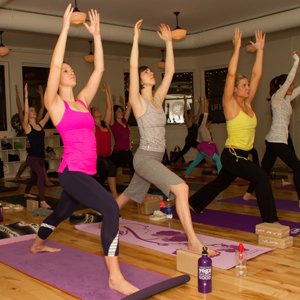 Thank you for these generous donations. And thank you to volunteers Loni, Myrna and Wayne and to sponsors Vega and Lolë.
Photos by: Craig Bannerman Photography

How to donate to Dans la Rue